New Recordings from Edward Abbiati and The ACC for a Chris Cacavas Tribute Album (incl. Calexico, Howe Gelb, Steve Wynn and many more...) 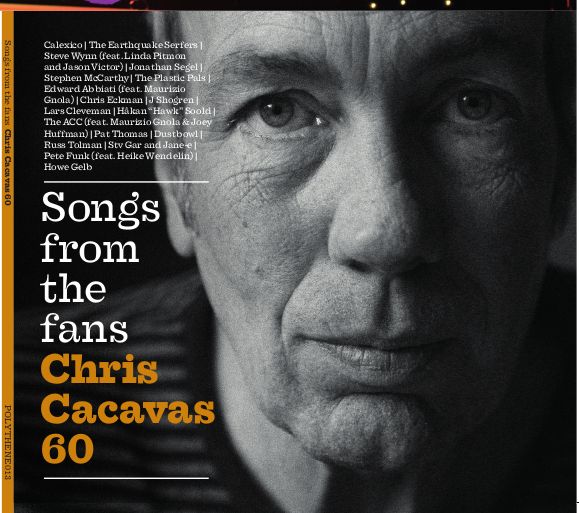 Born 1961 in Tuscon, Arizona, United States, Chris Cacavas has been in the music business since the early 80s. First as organist in psychedelic desert rock band The Serfers that relocated to Los Angeles and soon became associated with the Paisley Underground scene. When the band split up later in the 80s Cacavas started his legacy as an acclaimed singer, song writer, solo artist and producer and sideman for bands like Giant Sand and The Dream Syndicate. Since the 90s he lives in Karlsruhe, Germany. May 5 Cacavas turns 60 and we´re a bunch of fellow musicians, friends and fans who now celbrates this with our own takes of songs from Cacavas´outstanding catalogue. This is our birthday present to Chris Cacavas.